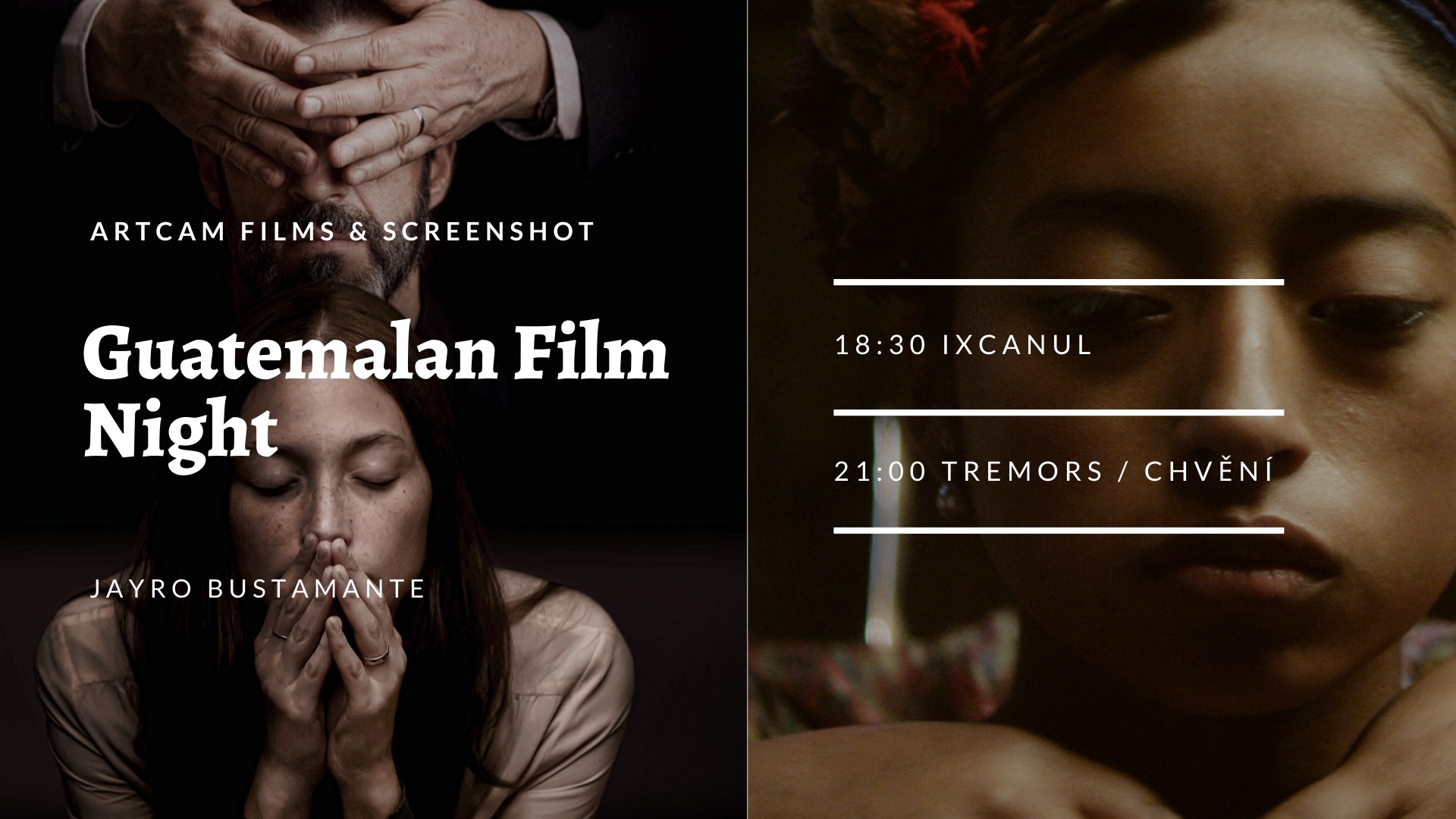 Screenshot in collaboration with Artcam Films is thrilled to invite you to the first evening of series of very special screenings.

Founded in the year 2000 by Artemio Benki, Artcam Films is a film production and distribution company that annually presents up to 15 non-commercial films. Their choices are against the mainstream and driven by high artistic values.

Artcam Films impressive list of films for 2020, begins with a very special drama from Guatemala called “Tremors”. Winner of numerous awards, “Tremors” tells the story of a father of family, who is going through coming out in a very Christian and conservative society.
Now, Screenshot has the privilege to screen “Tremors”, before it’s official premiere in the country and for a selected number of audiences.

“Ixcanul” tells the story of a young indigenous woman who does not want to live in the modern world until it saves her life during a pregnancy complication.

The films will be presented by Artcam in advance and celebrated by Oozlum Ethno/Latino music set after the screening.