The Week of Věra Chytilová’s Cinema 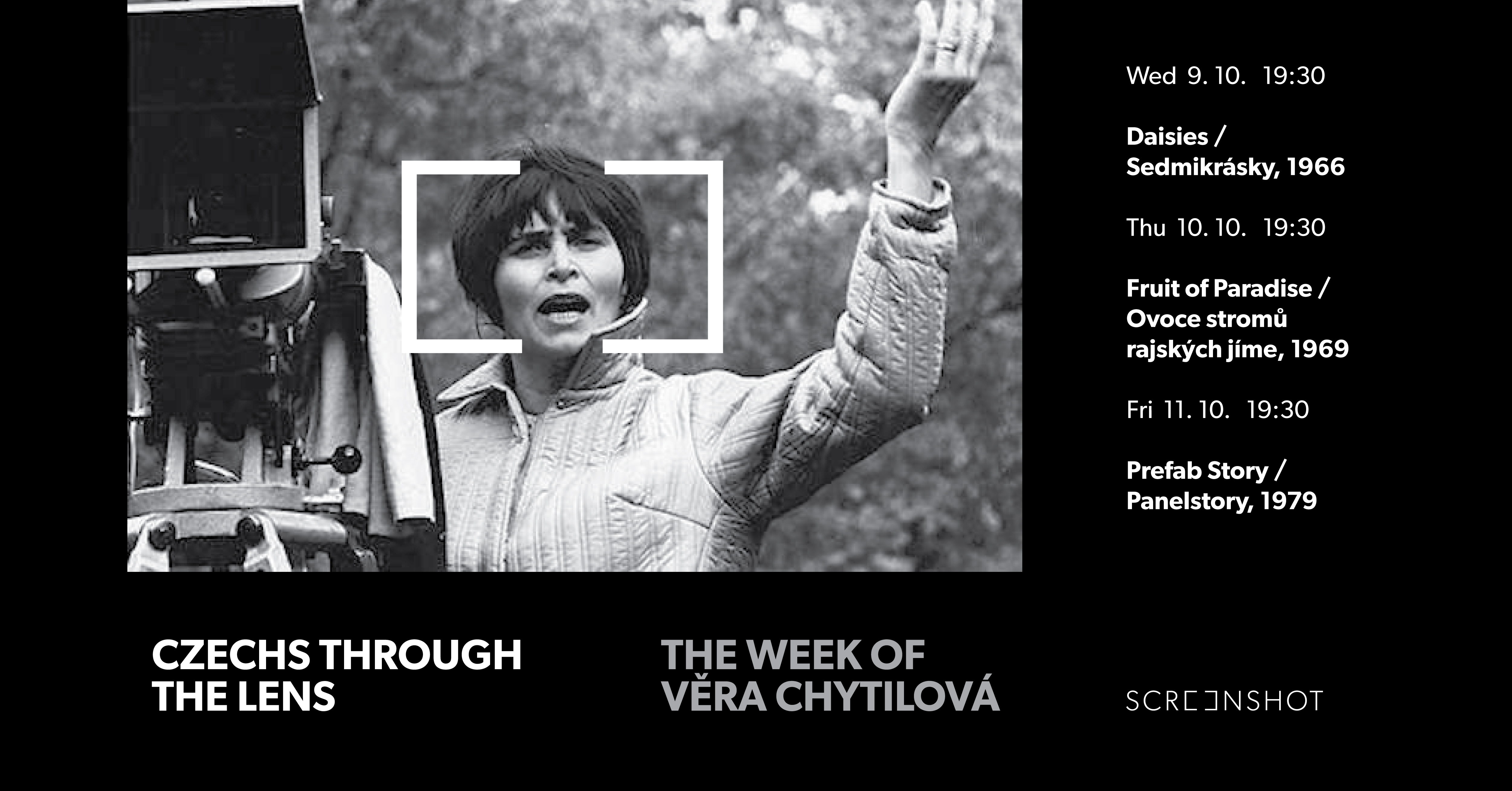 Věra Chytilová, born 1929 in Ostrava, was among the emerging formalists of the Czech New Wave in the early 1960s, but unlike her contemporaries, such as Milos Forman and Jan Kadar, Chytilova did not move to the West after the suppression of the Prague Spring in 1968. The feminist farce Sedmikrasky (1966; Daisies), her best-known film in the West, dealt with hedonism among young people of Prague and was originally banned by the Czech government, in part because of the destruction of real foodstuffs onscreen. Chytilova, a student of philosophy and architecture, worked for a time as a draftsman, but it was her second career as a part-time fashion model that exposed her to the film world, and she entered the industry as a continuity clerk. By 1957 she had worked her way up to the job of assistant director and enrolled at the FAMU film academy in Prague. While there, she directed several shorts and completed her somewhat controversial graduation effort, Strop (1961; Ceiling). Chytilova’s feature films—notably O necem jinem (1963; Something Different), Ovoce stromu rajskych jime (1969; Fruit of Paradise), Hra o jablko (1976; The Apple Game), and Kalamita (1981; Calamity)—combine the elements of cinema vérité and formalism, often spiked with elements of anarchic humor.
Chytilová passed away on 12 March 2014 in Prague.